Alain Pérez is a young Cuban bassist and multi-instrumentalist living and working in Spain. He has worked as a sideman for Paco De Lucia and Jerry Gonzalez, and recently released his debut as a leader, En El Aire.
The young Cuban musician who is writing a new chapter in the history of his country’s music history learned the lessons of his native land’s deep-rooted cultural traditions at an early age -- listening to his grandfather sing tonadas and guarachas while he relaxed in a hammock. Today, 29-year old Alain Pérez is forging a new direction in modern Cuban jazz, building on the contributions of several generations of world class artists who preceded him and putting his distinctive stamp on a sound that has seduced millions around the globe since the 1920s.

With the release of En El Aire for the Barcelona-based Ayva Musica label, Pérez’s multiple talents are on full display and are dazzling fans from Cuba to Spain and beyond. Whether playing electric bass, keyboard or percussion, singing, or contributing compositions and arrangements, Pérez’s combination of natural abilities and finely honed skills have set the stage for a new revolution in contemporary Cuban music. Already renowned for his contributions as a sideman for flamenco guitar icon Paco de Lucia and Latin jazz great Jerry Gonzalez and as a producer of albums by Celia Cruz and Habana Abierta, Pérez finally gets an opportunity for the spotlight to shine squarely on himself and his impressive artistry. As Enrique Morente, one of Spain’s most revered flamenco singers and composers, puts it, “Alain Pérez is a marvelous discovery. He is going to have a huge impact. He is great, superb.”

Born Alain Pérez Rodríguez in 1977 in Manaca Iznaga, a small town in the province of Santi Spiritus, he recalls as a young child being raised in a family that took extra care to acquaint him with the major customs and traditions of his land. “My musical life began at the hands of my parents,” he recalls, “singing at family parties and fiestas in the town. My father, Gradelio Pérez, discovered my musical instincts when he took me to one of the carnavales in the city of Trinidad, and I instantly started to dance!” Several years later, by the age of seven, he was playing on the guitar punto guajiro and guarachas, two traditional styles from the Cuban hinterland. Within a short while, he was accompanying poets and vocal improvisers at gatherings staged at sugar plantations. “It went on for five days without stop,” he recalls. “It was my first important and most heartfelt influence in music and in life.”

In 1988, he began studies at the Conservatorio de Música Manuel Saumell de Cienfuegos (The Manuel Saumell Conservatory of Music of Cienfuegos), taking classes for classical guitar and piano. Five years later, he transferred to Havana, where he continued his guitar studies at the prestigious Escuela Nacional de Arte, Cuba’s esteemed National Arts School. “Learning classical guitar served me very well,” Pérez recalls today. “I extended the technique to the bass.” It was noted salsa singer Isaac Delgado who encouraged him to begin playing bass. At just the age of 17, he received a call to sing and play with what he rightly calls “the major Latin jazz group of the country and the world,” Irakere, led by pianist and composer/arranger Jesús "Chucho" Valdés. “I was seated at the side of Miguel “Angá” Diaz (the famed conga drummer who recently died at the age of 45), and I heard, day after day, the brass section. It gets into your heart. I was absorbing the language of generations of the most important musicians in Cuba.”

As a bassist, Pérez was initially influenced by such Cuban greats as Feliciano Arango, Carlos del Puerto and Israel “Cachao” López. “My interest grew, and I listened to and studied Jaco Pastorius (to whom he is often compared), as well as John Patitucci, Victor Wooten and Ron Carter,” he adds. “I had the sense to reproduce these experiences with my own particular voice and personality and to express my roots and the currents of jazz and world music.”

Ending up in Spain was, as he puts it, not premeditated. “I arrived in the country with Issac Dalgado, and we recorded the album La Primera Noche here. Later, I recorded my first album, El Desafío. Then I fell in love with flamenco, and began working with artists like Niño Josele, Enrique Morente and Javier Limón. Later came my work with Paco de Lucia. Flamenco is one of the strongest music cultures in the world. It is so packed with feeling.” 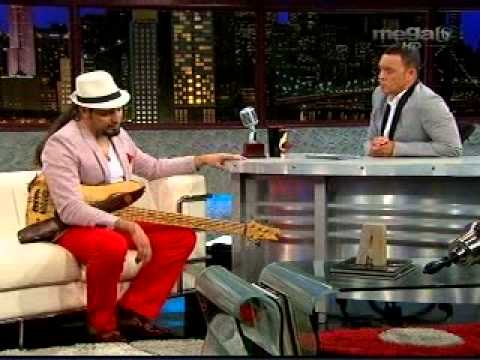