8 year old bass phenom, Music lover, but first of all a child from Slovakia.

When you listen to Áron Hodek play bass, you would never guess it is only a child playing.

For long time, Áron was not allowed to go into his brother's room which was in the loft. He was too young and his parents were afraid he would hurt himself on the stairs.
He was three years old when he first entered the room, a bass guitar immediately capturing his attention.
“I put it down for him,” —Áron's brother Dávid says— “It was big but after I explained the basics of playing, he immediately started playing a simple groove,“ he recalls.

Áron was introduced to Markbass by our top-artist Richard Bona and during a performance at the Markbass booth at NAMM 2019, Richard invited him on MarkWorld stage for a jam, along with DV Mark artist Ciro Manna.

MARK WORLD RISING STARS
Mark World loves to support young talents around the world.
We believe there are so many promising young musicians out there who need to be encouraged to use their talent.
They’re gonna represent our future generation of musicians and we must support them with a good musical instruction and great gear to let them perform at their best!
Markbass and DV Mark are proud to be part of these musicians career since the very beginning.
These young guys are an example of passion, dedication and perseverance, all qualities that made Marco De Virgiliis himself who he is today. 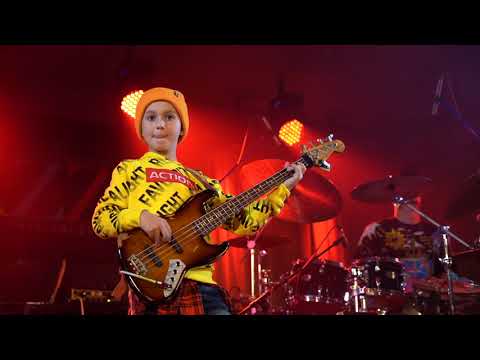