Dominique is a unique bass virtuoso who has performed and recorded with John McLaughlin, Michel Petrucciani, Bireli Lagrene, Didier Lockwood, Gil Evans, Jean-Marie Ecay and many others.

Dominique Di Piazza was born in Lyon, France, with Sicilian ancestry and a gypsy stepfather. He started playing electric bass in 1979. After some time, he freed himself from the pervasive influence of Jaco Pastorius by creating his own style. Self-taught, he added an extra high string to his 4-string bass and created a technique of using the right-hand thumb, index and middle fingers. This unique approach enabled a virtuosity and style quite unusual in the bass world. The track "Marie" from the John McLaughlin album Qué Alegría, is a great example. This right hand style gave birth to the “four-finger picking” technique later popularized in Europe and the US by new-generation bassists including Matthew Garrison, Adam Nitti and Hadrien Feraud. Dominique’s great knowledge of bebop, his gypsy and neo-classical influences, his lyrical style and his advanced harmonic concept have combined to make him one of the most innovative bassists in the world today.

Dominique started his career in 1982 at the Hot Club in Lyon with guitarist Michel Pérez. In 1986 he moved to Paris and began touring with violinist Didier Lockwood, drummer André Ceccarelli and pianist Gordon Beck. The following year he toured Europe with Gil Evans and the Big Bang Lumière de Laurent Cugny, a group immortalized on the Santander album, winner of the Prix de l'Académie Charles-Cros; and in 1989 he recorded a trio album called Padre, with Jean-Pierre Como and Stéphane Huchard.

In 1991, Dominique joined the John McLaughlin Trio along with percussionist Trilok Gurtu. After a world tour of over 300 concerts, the album Qué Alegría was released in 1992. McLaughlin was then quoted as saying of DiPiazza: “His talent is immense—he’s one of the best bassists in the world.” The same year, Dominique recorded with pianist Michel Petrucianni on the album The First, with Michel’s brother Philippe Petrucianni on guitar and Victor Jones on drums. In 2000, the Front Page Trio was created with Bireli Lagrene on guitar and Dennis Chambers on drums. They toured Europe and released a self-titled album (Front Page) that scored them a Victoire de la Musique award for Best Jazz Album of 2001.

From 1990 to 2005, Dominique worked with a wide array of artists including Michael Blass, Bruno Castellucci, Giuseppe Continenza, Vic Juris, Gene Bertoncini, Yves Carbonne, Michael Manring, Jeff Gardner, Victor Wooten, Derico Watson, Danny Gottlieb and Donald Harrison. In 2005/06 he toured Africa with Reunion pianist Meddy Gerville, guitarist Jean-Marie Ecay, and drummer Horacio “el Negro” Hernandez. This collaboration led to the Jazz Amwin CD, which introduced the “Maloya Jazz” style to a wider global audience. In 2006, Dominique went to India to record a CD (Samjanitha, 2008) with the great Indian mandolin player U. Shrinivas. Following that he played on Antonio Farao’s album, Woman’s Perfume. In 2008, John McLaughlin called upon Dominique’s talents once again for a European tour with The 4th Dimension, also including Gary Husband on keys and percussion, and Mark Mondésir on drums. Together the band played more than 30 concerts all across Europe. Another show featured Dominique with McLaughlin in India, in a group called The Floating Point, which included Ranjit Barot, Louis Banks, Shashank, Naveen Kumar and Shankar Mahadevan.

Around the same time, Dominique assembled the Di Piazza Trio with Brazilian guitarist Nelson Veras and drummer Manhu Roche. The trio’s album, Princess Sita, was released in the USA in August of 2008.

Dominique has designed a special bridge (as well as a bass) with luthier Mike Sabre, which makes it possible to obtain a "fretless" sound on a fretted bass. This was first featured on the track "Seven Up" from the 1993 CD Wait and See by Michael Blass. For several years, Dominique has been teaching at the Music Academy International (M.A.I.) at Nancy, France, and also gives master classes around the world. Transcriptions of his playing appear in the book Bass Soloing Concepts by Chuck Sher and Marco Johnson. His composition “Living Hope” is included in The European Real Book.

"For a long time, I’ve been looking for a bass amp that won’t color my sound," says Dominique. "And most of the good amps are bulky and hard to transport. But bravo, Marco—with my Little Mark Tube head and Traveler 102P cabinet, I have both uncolored sound and portability at the same time!"

Thursday, March 12 Markbass top-artist Dominique Di Piazza will have a clinic in UK, organized by Ramsay Musical Instruments in association with Markbass. 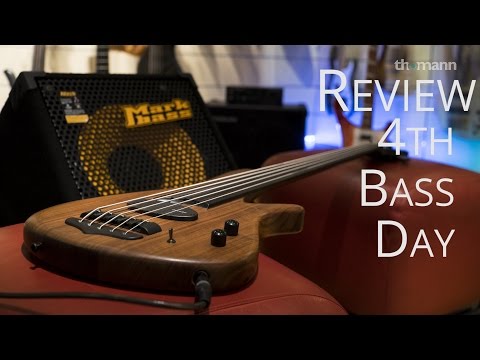 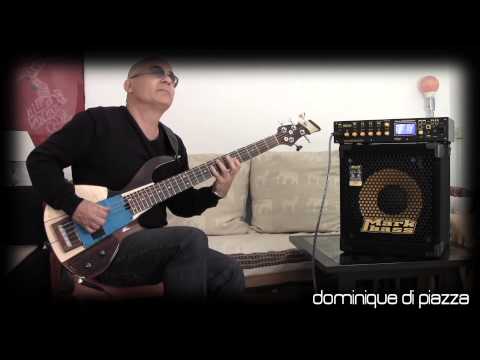 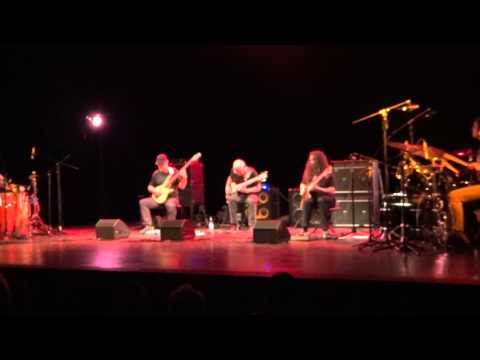 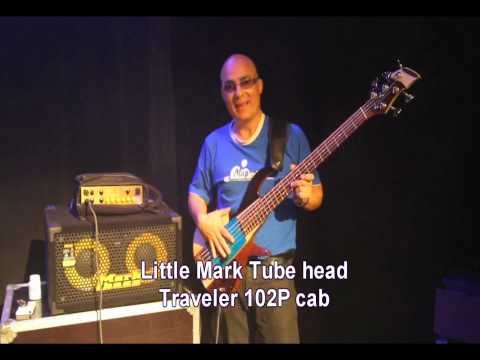 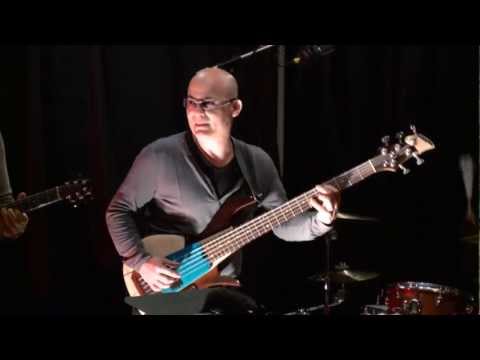