Graduated from Bass Institute of Technology in 1989 and received the Bass Student of the Year Award. Since then, Ernest is gone on to develop an impressive list of credits, including work with Natalie Cole, Dionne Warwick, Gladys Knight (musical Madam Lilly), James Ingram, Melba Moore, Eloise Laws, and Debra Laws.

Ernest was also a member of the Debbie Allen directed musical “TWIST” at the Pasadena Playhouse in Los Angeles, California.

Ernest has been part of the teaching staff at Musician’s Institute for 19 years. He has also made recent clinic/concert appearances with Mike Stern, Danny Gottlieb, and Oz Noy.

His TV appearances include two appearances on the Tonight Show with Jay Leno, the Rosie O'Donnell Show, and the 2002 American Idol finale.

"I love the punch, clarity, versatile EQ, and fine quality of my Markbass rig. The Traveler 102P cabinets are light with perfect dimensions for traveling to rehearsals and gigs. The carrying case for the Little Mark Tube 800 is also brilliant!"—says Ernest— "I can clearly hear every note from the lowest to highest with a clear & warm tone. I have several different style basses and I truly hear what the instruments sound like through my Markbass rig. I’m very excited to be apart of the Markbass family!" 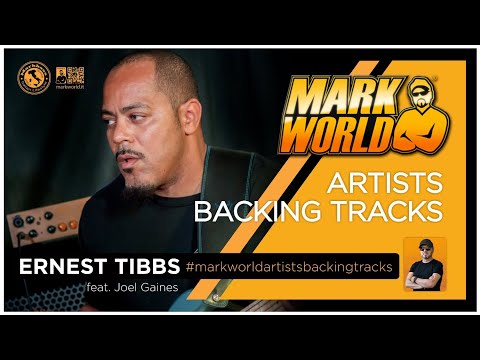