He’s currently splitting his time working on the scouting and the production of young blues-rock-Americana talents like Aaron Keylock, Lyric Dubee, guitar extraordinaire Eric Gales , and behind the board and as MD for his well acclaimed super group Supersonic Blues Machine. The band’s debut record (West of Flushing, South of Frisco - Mascot Label Group) , which also features drumming legend Kenny Aronoff and Texas Blues-rock legend Lance Lopez , released on February 2016 , was warmly and enthusiastically acclaimed by critics, media and fans alike , and has been climbing charts worldwide and enjoying intense radio play since its release.
The record also features cameos of close friends Billy F. Gibbons, Warren Haynes, Robben Ford, Eric Gales and Chris Duarte, that are also joining the band in rotation on their impressive live Jam-concerts.


"As a producer and a session musician, i need access to “real” and “reliable” tones at the snap of the fingers, and Markbass is the only  Amplifier i know that allows me to paint all the colors, and tones i need for every bass situation without compromising dynamic , quality and feel....cuz the bass doesn’t only need to be heard; it needs to be felt!"—says Fabrizio—"And when it comes to lay it down for my own band : Supersonic Blues Machine , my Markbass stack switches from bass amp to Russian Tank mode , and i wouldn’t want it any other way!!! One day, they might bury me in a Markbass enclosure....hopefully it’ll be an 8x10!"
photo: Karina Chiechi @ Song Seven Photography

Fabrizio Grossi’s Soul Garage Experience is nothing else than the Markbass artist well renowned bassist/producer solo band with his debut single release of ‘Right Down Below’.

The Blues-Rock and Soul supergroup Supersonic Blues Machine will start its Summer European Tour on July 4th in London. 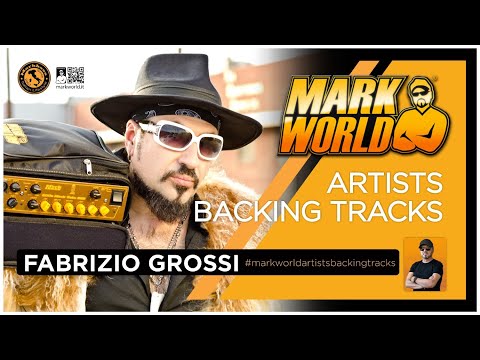