A member of supergroup Elio e le Storie Tese, Faso is one of the most original bassists in Italy. To amplify his solid and powerful style, he chooses Markbass.
Faso (born Nicola Fasani) is one of the most talented italian bass players. His band Elio e le Storie Tese is a major act all over the country and europe. Faso and his band are irreverent and something of a legend on the Italian music scene. Their lyrics are generally humorous and can be ‘colourful’, which is a characteristic well blent together with their incredible music skills. Faso's unique music style has made him over the years a very credited and influential session man.

In Elio E Le Storie Tese, Faso manages to experiment in almost every musical style, yet never compromising his own unmistakable sound.
There's clearly chemistry going on among its musicians; but how can a player be always credible in so many different musical situations? Is it a constant evolution or do you have to be a monster player right from the start? Faso has his own recipe!

Elio e le Storie Tese has been a cult band in the Italian underground music scene for a very long time. Their “bootleg” cassettes were spreading rapidly, and the concerts (always in the area of Milan, their hometown) were attended by a wide audience of affectionate fans.
When their first album “Elio Samaga Hukapan Kariyana Turu” came out, the concept of being an underground band was invalidated by the 150,000 copies that were sold in the first ten months. This result was even more significant since they were not supported by the official media.
Slowly the media’s ostracism would be transformed into a clear admiration for a project that did not undergo traditional market rules, but had instead created a new market. Today Elio e le Storie Tese is one of the bands that are most appreciated by the press and one of the most requested for television appearances.
The second album “Italyan Rum Casusu Çikti” that contains “Pipppero” (recorded with Le Mystère De Voix Bulgares, the female Bulgarian traditional choir), reached success even faster selling 150,000 copies in the first 6 months.
In 1990 the group was invited as the only Italian act at the OSAKA EXPO where they recorded a version of the classic Italian song “Volare” with a Japanese singer.
The hilarious impact of the lyrics, the catchy melodies, the stage presence, (their concerts are real happenings that are attended by a more and more vast and loyal audience), the professionalism (all six musicians are among the most qualified in Italy); all these things together with a boost of energy and the constant search for innovative ideas, undoubtedly make the group a “unique case” in the Italian musical panorama.
Their impact on the media grew constantly, more and more. In 1996 they participated in the world-famous “Festival di Sanremo”, which contributed to increase their popularity without diluting their original and intelligent way of making music. Both critics and audience were stunned by their hit “La Terra dei Cachi”.
Their following album “Eat the Phikis”, released a few months after Sanremo, jumped immediately to number one of the Italian top selling chart.
Between 1997 and 1998 two new releases from Elio e le Storie Tese: their greatest hits called “Del Meglio del Nostro Meglio Vol. 1” and the special box “Perle ai Porci”, containing all of their recordings, both previously released and unreleased. A few days before the new year the band dramatically lost Feiez, the sax player, who died during a concert, because of an ictus.
“Craccracriccrecr”, the next studio album, was released in 1999, followed two years later by “Made in Japan”, a double live cd that ironically refers to the well-known Deep Purple live album.
In 2003 another album, “Cicciput”, was released. Some of the most popular Italian artists (Gianni Morandi, Laura Pausini, Max Pezzali, Litfiba) gave their contribution to the record.
During these years the band won several prizes for their musical career: Best Italian Band at the Mtv European Music Awards 1999, Best Music Video (“Shpalman“) at the Italian Music Awards 2003, “Critics’ Prize” plus the controversial second place at the Sanremo Festival in 1996.
They have been pioneers, in their own special way, in the field of marketing, communication and promotion. Nothing that ever comes from Elio e le Storie Tese could be less than unique.
In 2004 Elio e Le Storie Tese were the first artists in Italy (and among the very few in the world) to record every live performance and sell the mastered copy right after the show; in addition to that, a new kind website was activated with a new form of fan membership (annual or quarterly and the brand new two day subscription), allowing members to download a wide range of audio and video recordings for free.
In the following years they released “Studentessi” (2008) and “Gattini” (2009), 5 books, hosted the tv show “Dopofestival” on Rai 1, the main national tv channel, and took part, as resident band, to the national tv show “Parla con me” (just to mention a few).
Elio, being one of the mentors of the Italian edition of X-Factor, won the 2010 edition with one of his artists.
In 2013 the band took part in the 63rd edition of the “Festival di Sanremo”, where they gained the second position while their song “La canzone mononota” became an instant success, after few months they released their currently last studio album “L’album Biango”.
In 2014 EelST ran their first TV shows on Rai 2, “Il Musichione”, a funny music/quiz-based show.
The band is currently creating its next masterpiece while Elio is still working as mentor on X Factor 2015. 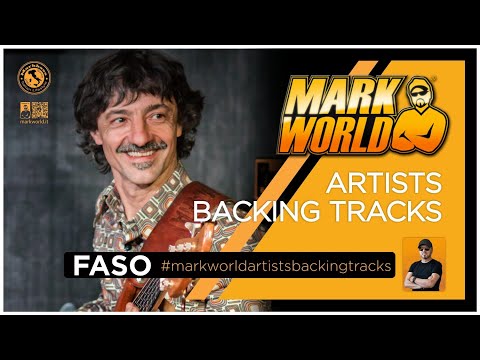