Red Canzian is the bass player for the legendary Italian band, Pooh.
Red Canzian is the bass player of Pooh, a legendary Italian band that has been on the scene for 40 years. He was born in 1951 in Quinto, a small village in Treviso. Red's early musical education consisted of playing guitar with his first band I Prototipi, playing at festivals and every summer evening in Jesolo (the beach of Venice), and then subsequently with the Osage Tribe band, playing a kind of progressive/free jazz music that help him open his musical mind. Then one day Red got the call to replace the bass player in Pooh--and the rest is history!

"I've had a lot of gear in the past but now-- finally-- I have met Markbass!" says Red. "After years of live concerts using only in-ear monitoring, for the upcoming summer tour I will use a Markbass head and cabinet, because it's a great feeling to feel it pushing the sound behind me."

Red Canzian raves about the Studio Pre May 14, 2008, midnight

In the May issue of Italian magazine "Guitar Club", there's an interview with Red Canzian, bass player of Pooh, a legendary Italian band that has been on the scene for 40 years. 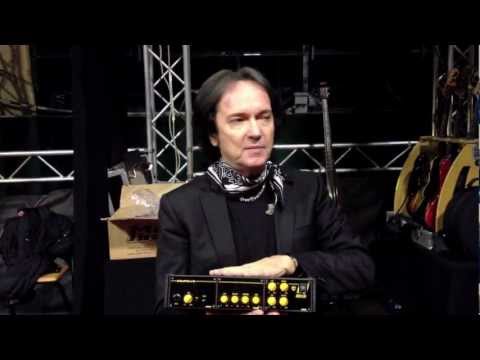